MAXCases
Home / Company / Blog
Where have all the devices gone? (And, Is this Another New Normal?) 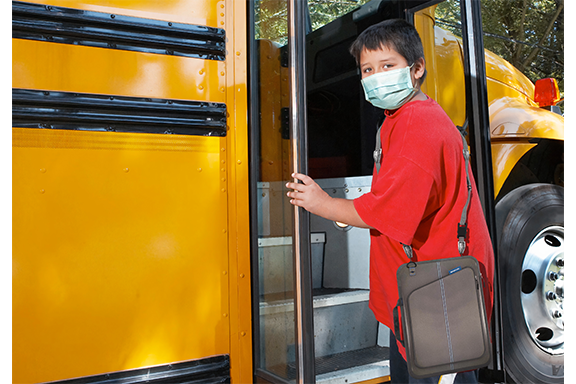 
This is the new normal. How many times have we heard that phrase over the past two years? And yet, every time it is uttered on the television or among friends, it truly does precipitate a new way to shop, socialize, and do our normal business while enduring the lasting impact of a global pandemic.


But in a world filled with “new normals,” teachers and students have felt the deep impact of those words in a special way. Students have been separated into pods, educated from home, trained on new devices and programs that help parents and teachers stay on top of the everyday education that used to be facilitated inside a classroom.


And with the absolute need for new technology, there has never been such a demand on the supply of these new devices. What was once considered a privilege or a classroom novelty has now moved into essential territory.


The demand has been so high that many students have been left without essential devices for most of their academic year -- and this wasn’t just an American problem.


With work environments going remote and schools needing to find ways to gather together virtually, it is no surprise that the demand for all types of devices and related tech soared globally last year. School districts in the US clamored and battled to find enough tech to keep the learning going. In fact, K-12 devices shipments in the US increased by 90% between 2019 and 2020. It was the single largest increase in any global region.


However, these orders were placed inside a supply chain that was already struggling with its own Covid-19 demands and challenges. The demand far outweighed the supply, in part, because governments across the world had become far more invested in making sure these products got into the hands of their teachers, parents, and students.


The immediate demand initially put strains on all aspects of the technology supply chain. Orders for devices were often delayed because of difficulty sourcing individual components such as touchscreens or USB ports.


Last year, many students in Staten Island public schools had to wait nearly 6 weeks for devices that were requested by the state’s Department of Education and, unfortunately, that trend does not seem to be slowing any time soon.


What started as a demand for laptops and computers has narrowed into a very particular issue. Over the last several months, the world is now facing a new shortage: semiconductor microchips.


While these microchips may seem like a small part of the equation, they are actually an incredibly important player in our everyday lives. These little chips control the electrical current that flows into our devices -- such as cars, computers, dryers, and toothbrushes.

Because these chips are so ubiquitous, their increased demand is continuing to outstrip the supply. What initially seemed to primarily impact the automobile industry is now bleeding into other areas of our life -- including the demand for educational devices and technology.

According to Acer, one of the world’s largest laptop manufacturers, companies such as themselves could be affected by this shortage well into the first quarter of 2022. What’s more, semiconductor manufacturers are running into speed and shipping issues as many international ports and borders have increased restrictions because of the continued pandemic. The shipping industry is facing unprecedented turmoil. Still reeling from massive disruption caused by the pandemic, the global shipping industry is still suffering from the blockage of the Suez Canal as well as congestion in ports from Hong Kong and China to the Port of LA. Worldwide, a shortage of containers adds to the challenges, while a shortage of truckdrivers here in the U.S. is impacting delivery closer to home.


Due to this perfect storm of challenges, the semiconductor shortage is expected to last well beyond the early months of a school year that may also be affected by ongoing Covid-19 restrictions.


How will this affect students?


If the global pandemic has taught the world anything, it is that educators are resilient, creative human beings. School will be in session and learning will still occur. However, a shortage of laptops will make some teacher’s jobs even harder -- especially in districts that did not order new devices until the late summer months.


For example, the Los Angeles Unified School District spent $100 million on computers in March which has ensured that they will have devices in September of this year. However, schools that relied on federal coronavirus relief money had to wait much longer to put in their orders and may not see any devices until early November.

Looking further ahead, 2022 could be the year of the largest digital divide that this country has ever seen. With a worldwide demand for low-cost laptops, shipment delays are creating conflict amongst the schools that need this technology the most.

Millions of children could be stalled in getting the computers that would help them attend their classes in the event of a return to remote learning, leaving them without direct instruction until their new computers arrive later in the year.


While the supply chain has slowly geared up for another spike this school year, there is still ongoing concern that the unprecedented demand is not something that can totally be captured or planned for. Some schools are desperately trying to make it work from their own end. Pittsburgh public schools plan to delay the start of their classes, as they are still waiting to receive the thousands of computers they ordered for continued online instruction.


Yet again, educators are being asked to make learning happen with what little they have. While the microchip shortage could affect us all in different ways, educators must grapple with a shortage of basic tools that help their students connect and learn throughout the year.


This new normal could mean lots of things for our students in the coming year -- and a global computer shortage might just be in the cards. While we know that educators can rise to this occasion, we hope this is a hurdle they will not have to surmount alone.


Kathryn Rose is currently a virtual tutor and a museum resource teacher. She also freelances for businesses and startups in the education field. She has taught at her city’s botanic garden for 12 years and has been a Social Studies teacher in both private and public schools.

Get in touch and request your FREE evaluation case!